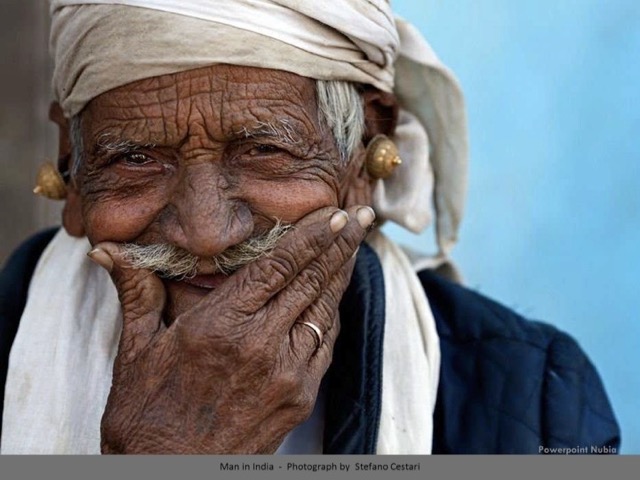 HOW ARE AGING AND OBESITY RELATED?

Let me suggest a different story about us. I’m clinically obese so I’ve spent a lot of time studying the subject.

Forget everything you thought and heard for a few minutes and consider the possibility that your situation was not so much how much you eat as it is what you eat. That’s right, consider that if you were eating the right things you could eat as much as you want and your weight would normalize.

Don’t think you have a body style or genes that determine that you’re going to be fat no matter what you eat.

Consider for a minute that obesity is aging you and at any moment you could reverse obesity and reverse aging as well.

BEING FAT MAKES YOU FAT

Meanwhile if you beat yourself up enough and stress over being fat, you system reacts to that stress by…you guessed it… producing and storing more fat.

It is a cycle that is self-perpetuating but not one that you can’t conquer.

We all know this without having anyone tell us but now after 20 years of being overweight I have finally realized that gradually every year the additional weight and chemical imbalance takes it toll on the body and all its organs.

It slows down your thyroid so that you store more fat and feel slower and have less energy.

It forms around your organs and begins to slow those and make them malfunction – organs like your liver – the thing that helps purify and filter your blood.

And gradually being overweight takes a toll on every organ in your body and as your organs slow down or malfunction, you begin to age and feel bad.

It’s not natural for this to happen. Everyone assumes that the human body was built to age. It’s not aging, it the accumulation of years and years of eating the wrong foods until you body can no longer eliminate and toxins and junk it’s been filtering and eliminating.

We’re not a healthy society. More people are suffering from diabetes and heart disease and Alzheimers than ever before in history. We have dozens of auto-immune symptoms caused by our food and our medications themselves that attack our bodies and cause pains of all kinds and the pharmaceutical industry is having a field day making up drugs that provide some symptomatic relief but never cure anything.

THE PROBLEMS ARE JUST TOO BASIC TO BELIEVE

Our food supply is tainted and is contributing more to our condition than most anything else we can name. We’re eating packaged foods that have no nutritional value at all and we’re convinced that it’s good.

We’re eating fast foods that have no food value at all and in addition introduce all kinds of toxins into our body – too much for our partially impaired organs to handle.

We’re eating foods raised in factory farms that spread disease, dose us with antibiotics, and give us fruits and vegetables that are devoid of nutrition and loaded with toxins like Glyphosate and GMOs.

The truth that’s too basic to believe is that chronic diseases caused by these conditions and their effect on our food supply is going to bankrupt our healthcare system in the next 10-20 years.

It’s so basic that it’s unbelievable. But nevertheless the truth.

WHY CHRONIC DISEASES AND OBESITY?

Chronic disease such as diabetes, heart disease, cancer, Alzheimers, and many variations are on the upswing and with it obesity. Obesity is simply a symptom and not the cause of the problem. We’re getting fat because we’re eating foods that have too much of the wrong thing and in other cases none of the right things.

But to take a closer look, we start with the gut.

Your “gut” or intestinal tract, is where 80% or more of your immune system lives. You have more bacteria cells in your gut than the rest of the cells in your entire body combined. In fact, most gastroenterologists believe that as a human being we are a bundle of bacteria covered by a shell thin shell of organs and skin. Most everything that happens or doesn’t happen in the body begins in the gut with hormones activated by bacterial interaction with what we eat along with signals from our brain and other organs.

Years of feeding these bacteria the wrong things has killed most of the good bacteria and instead fed the bad guys. Now we no longer have the broad diversity that we started our lives with when we picked up our bacterial diversity in the birth canal for the first time, now we have a very mutated and narrow range of bad guys who cause inflammation and weaken our immune system.

As crazy and over-simplified as you might believe it sounds, almost every chronic disease has it’s roots in a weak immune system. For instance, cancer cells exist in every human body but it only migrates into “runaway” mode in some bodies. The immune system in your body generally can keep cancer cells in check.

And further, when you dose with radioactive material either through “chemo” or “radiation” you further weaken or kill off your immune system altogether. Meanwhile the clinics springing up all over the world in every country save the one country that has cancer treatments as one of the largest big-pharma revenue streams in the world, are curing cancer at an alarming rate by regenerating the immune system along with the bacteria and cells that reside in the gut.

Cancer research has consumed billions of dollars and decades without producing a cure. Meanwhile clinics all over the world are helping patients who were terminal to complete remission. The only people who deny this are those with a finger or toe in the revenue stream created by cancer.

The same if true of diabetes. After many years of killing off our gut, we begin to develop anti-bodies to some of our organs – those are immune cells that see our organs as the enemy and start to attack – the liver, the pancreas, the thyroid – auto-immune is just another variation of the same general theme – rampant inflammation signaled by aching joints, headaches, poor circulation, indigestion, followed by high blood sugar which now deposits itself as fat and creates obesity along with damage to every other organ in the body including the brain (Glycation of the brain being the operating mode for Alzheimers).

Each time the body deteriorates as a result of these conditions, obesity becomes one of the key byproducts. It is therefore very much a symptom but not a cause except that after years of obesity, it can now become one of many causes for the very chronic diseases it signaled.

I’ve come to think of this as the mantra of the last century of medicine. You go to the doctor, he weighs you, and unless he finds something worse, he tells you to eat less and exercise more. It’s the classic belief that overweight comes from eating too much and laziness.

But given the conditions that cause obesity, you’re going to turn less food into more fat, and more exercise into more appetite and the whole effort will be as millions of overweight people has discovered, a net zero game.

And for all of those that think will power is the key – it certainly is – but using will power to eat less and exercise more has never resulted in a lasting solution – anywhere on the planet, any time in history, never documented and never proven. It’s just the wrong idea fueled by misinformation and prejudice. And by the way, did you realize that insulin is a big business and has never cured one diabetic?

TAKING CONTROL OF YOUR HEALTH

Are you going to be one of the masses who wakes and realized you’re too sick to fight back? Will you be someone who says they never learned the truth about how to stay healthy?

It’s time to do that.