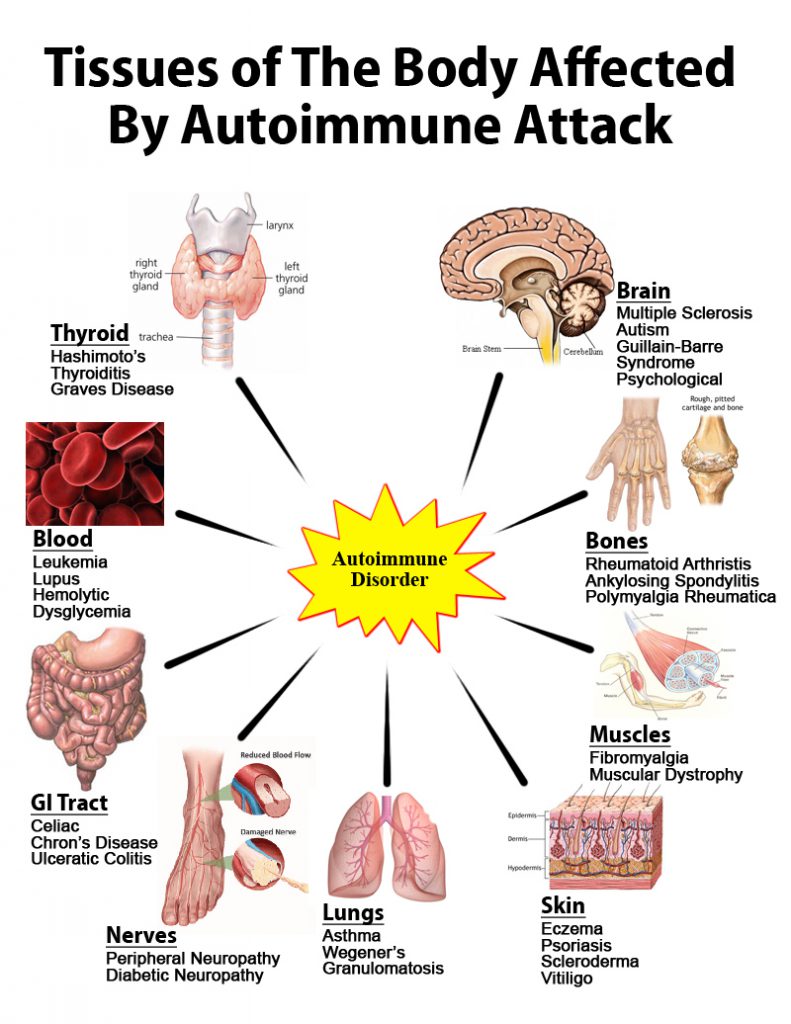 Autoimmune disorders are characterized by symptoms of the bodies immune system mistakenly attacking the body’s own cells or organs. This can show up as a number of autoimmune disease symptoms as shown in the chart.

Key to Diagnosis is Testing

It seems clear from the above list that testing is required to isolate the trigger(s) that might be causing the autoimmune disorder.

Here’s one way to find a functional medicine doctor in your area.

Self-Testing is another alternative. Here is a source for relatively low-cost testing tools.