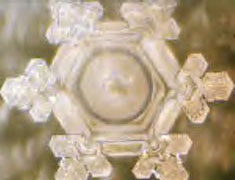 Sometimes when you’re ill and suffering, it’s hard to step way back and look at the bigger picture, but research shows that those who do tend to heal themselves outside the normal medical models. This alone demonstrates a relationship between consciousness and health.

The simplest of definitions is that it’s a state of being awake and aware of our surroundings. Taken a little deeper, it’s the awareness and perception of something. For example, when we’re AWARE of a pain, then we feel it, but when for some reason we’re not aware of a pain, then we don’t feel it. Our awareness and perception of a thing makes it real.

I’ve had tinnitus for years and read extensively from people who have suffered and even some who’ve committed suicide to end their suffering. But early on a very wise tinnitus sufferer shared with me that he had learned to control his tinnitus by placing his mental focus – his consciousness – elsewhere. It took me a while but today I don’t hear the ringing unless I think about it. Otherwise it is absolutely absent from my day to day activities.

Awareness and perception are a tool at our command that gives us great power if we direct it and provides great suffering if we do not.

Over 7 years ago, Dr. Masuro Emoto demonstrated the effect of consciousness on water. The crystal at the opening of this article demonstrates the impact of the thought of gratefulness and the phrase “Thank you” on water.

As our bodies are 98% water, it seems to be a scientific fact that our thoughts, emotions, and consciousness affect our entire body.

Thoughts are often fleeting and not sustained. Emotions can last a little longer but are rarely experienced day in and day out. But consciousness is the background of thinking and emotions that is with us silently and continuously.

“Positive Thinking” generally doesn’t pass the test because it is shallow and superficial – it is something we do to counteract something we feel is influencing our lives – something we are conscious of and suffer from it’s ill effects. So generally our underlying consciousness of the problem is much more powerful and long lasting as compared to a short burst of positive thinking.

Dr. Emotos scientific experiments really leave absolutely not doubt that our general consciousness deeply impacts our body and its chemistry. It is the closest explanation for self-fulfilling prophecy that has ever been presented by the scientific community.

And science has already taken us further in helping us to understand that our bodies do not end at our skin. We are in fact energy beings and we are a part of a measurable field that connects us to a much greater field that what we can physically observe that ends at our skin.

Fear – Einstein once said he thought the most important question was “Is it safe?” – and perhaps you would agree because if the answer is “yes” then you’ll go about your life trusting and opening yourself to experiences and risks that you might not have experienced had your answer been “no.” A “no” answer to the question means that you’re live your life with a background of fear and distrust – you’ll establish defenses against perceived threats and put more energy and effort in to ensuring the safety of yourself and family. (a person who answer this question “no” would now be saying, “And what’s wrong with that?) 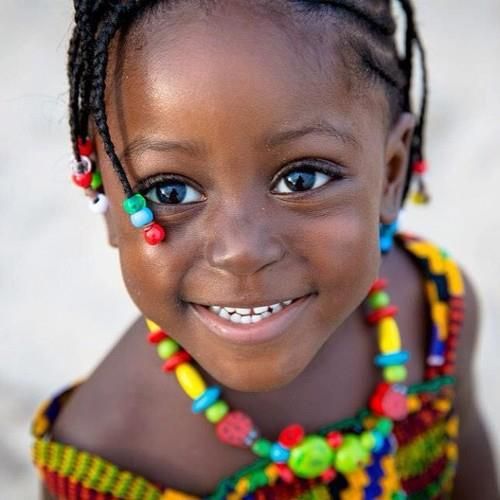 Optimism – a truly optimistic person seeing obstacles and setbacks as opportunities. They see the positive in everything and feel grateful for challenges to exercise their coping skills. Their optimism isn’t just an occasional event, but rather a state of mind and the background against which all things are judged. 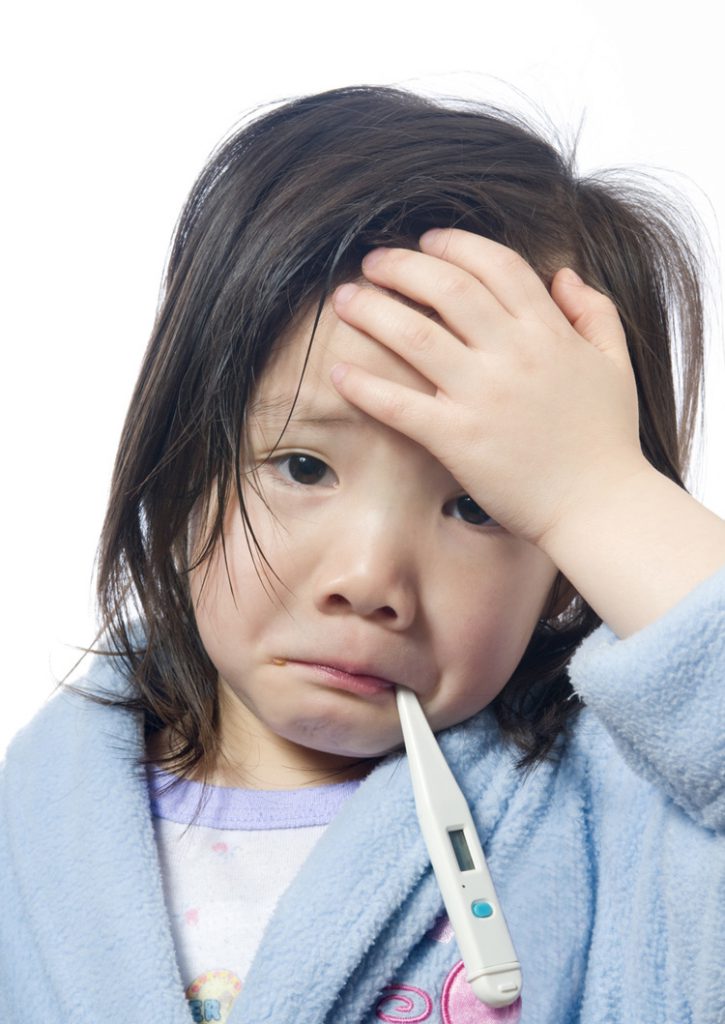 Old and Sick – I’m just old and sick and that’s what happens when you get older – nothing I can do about that – I’m helpless – I’ve eaten poorly all my life and it’s too late to start now. I’m just going to have to hobble around until I die because that’s what my parents and friends have all done. The body wears out. I can feel it.

Gratefulness – a grateful person lives their life saying “thank you.” They don’t take things for granted or feel entitled. Many grateful people attribute their good fortune to God and don’t complain when things are tough.

Absence of Abundance – there was a time when we felt like everything was ours and anything we wanted was provided. The older we got, the less we felt that way. As we became adults, most of us were more conscious of what we wanted and didn’t have. We began to relate to the world in terms of what we needed and didn’t have. Without really realizing it, our consciousness became about lack and that became the background against which we lived our lives – striving to get what we didn’t have but needed. There are certain cultures that try to shield their people from the images and exposure to all the things that other cultures have. The purpose is clearly to allow the people to live their lives inside a consciousness not built around a lack of abundance. 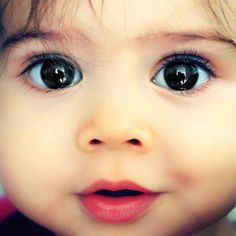 Limitations – again we were born with an unlimited consciousness and then proceeded a 10-20 year period in which we learned about our limitations. We became believers in limitation although we hear stories almost weekly of people in all walks of life who refused to believe in limits or limitations. Those who have walked on fire know how tenuous is the definition of limitation. It definitely exists within our minds but not our energy bodies. To say that we didn’t live our lives inside a constant awareness or consciousness of our limitations would be foolish. We see this in almost every endeavor we make. Great leaders challenge us by making unreasonable demands. And sometimes our performance surprises even us.

A context is the bottle in which we hold the water. Context is a point of view that organizes everything else.

So if we live in a consciousness of fear, we organize everything else we see based on that perception and we see things consistent with it and we don’t see things that are inconsistent.

The Heisenberg Principle, a very important discovery from Quantum Physics tells us that we basically see what we look for. When we look for particles to behave like particles, they do. When we look for them to behave like waves or energy, they do. This gives way to a theory of the universe sometimes called “uncertainty” or the idea that the observer (us) has a bearing on what shows up not only at a sub-atomic level and at the level of the world we know and function within.

So in the world of quantum physics, the world performs within a context that we create and we create that context from a variety of interactions of our consciousness of things being a certain way.

One of the greatest discoveries of the last few decades, is the revelation that what we consider to be empty space – because we can’t see anything in that space – is actually filled with an enormous energy field.

Our bodies are one type of energy – water – that is very pliable – it has proven to be heavily at the whim of our consciousness – our state of mind – and we generally think about our body as ending at our skin, however, although that might be true as a physical reality of what we perceive through our eyes, it’s definitely not true based on what we measure.

We have this growing body of phenomena – things we can’t explain that don’t seem to follow the physical laws – and can be explained if we integrate the energy field and uncertainty principle into our thinking. We mostly can’t even see things that occur and are outside our understanding of how our world works and the limitations of our body and reality.

If I wanted to limit and hold bound a being with unlimited capability and energy, I would simply convince them that they were limited and let them create their own cage in which to live.

Holding a view of any of the examples of consciousness continuously will make that condition occur in your life. Holding a consciousness of illness and aging will create that context and attract things to create and expand your aging and illness.

The secret is to realize that you can either continue to create the consciousness that is making you ill, or choose a different picture and create that. It takes a tremendous amount of focus and courage to create an imagine and feeling that the current facts do not support. The fear of disappointment is a strong motivator and a lack of belief in how things actual work in the energy universe is a hard thing to overcome.

That’s why a lot of people call it faith. It’s creating a reality that doesn’t seem to exist and has no support based on the current facts.

Why should I condition by whole body – my 98% water body that responds to every thought, every emotion, good or bad, to something that doesn’t currently appear real? What if I just waste my time and in the end disappoint myself?

Isn’t that the best prison you could ever imagine or build for the ultimate energy being?

The reason it’s so uncommon is because it’s uncommon. That is, it’s uncommon for people to have the courage to believe the opposite of what their schools, their jobs, and their parents and friends have taught them all their lives. It appears to be a complete departure from the truth.

“if you keep saying something long enough it becomes the truth. And the truth sounds like a lie.” – Werner Eehard

But why can’t we turn that around? Keep saying the truth long enough  until it becomes the truth and what we consider to be the truth today becomes the lie? 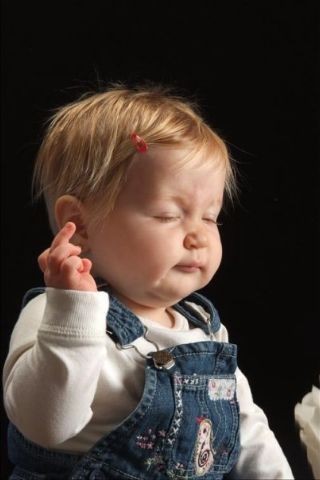 We have a growing worldwide epidemic of obesity, diabetes, heart disease, auto-immune disease, Alzheimers, dementia, and neurological disorders like MS, Fibromyalgia, and more. We also have thousands of doctors world wide who are curing these illnesses. What keeps us from seeing what’s already possible for illness we consider to be aging?

What is the truth that sounds like a lie?